The Paddy Murphy Irish Pub, right, operated for 22 years on Fifth Avenue South in downtown Naples. It closed in 2020 along with the neighboring Citrus Seafood Restaurant and Bellini Italian Restaurant & Bar due to a redevelopment project. TIM ATEN / FLORIDA WEEKLY

Irish pub Paddy Murphy’s, a longtime favorite in Naples, plans to return in 2022, but not in time to celebrate St Patrick’s Day this year. And not in Naples.

“No, we’re not going to be open for St. Patrick’s Day,” said Mike O’Regan, co-owner of Paddy Murphy’s. “We are opening a new location on Marco but we probably won’t be open until mid-summer I think. So things took a little longer than expected.

The Marco spot is about 17 miles south of where the Irish pub operated for 22 years on Fifth Avenue South in downtown Naples. Its loss in 2020 occurred before the demolition of a strip of Fifth Avenue South of three local sites. Long-running Irish pub Paddy Murphy’s, seafood restaurant Citrus and Italian restaurant and bar Bellini have closed there for a years-planned redevelopment project.

Paddy Murphy’s Marco reboot is owned by Marco residents Michael “Moose” O’Regan, his son Mike and Johnny “Spoons” McNaboe. Much like the Naples original, expect Paddy Murphy’s to sport a 50-foot bar. But the Marco version comes out with an outdoor patio, an indoor-outdoor bar and a menu that is expected to feature traditional Irish fare such as corned beef and cabbage. 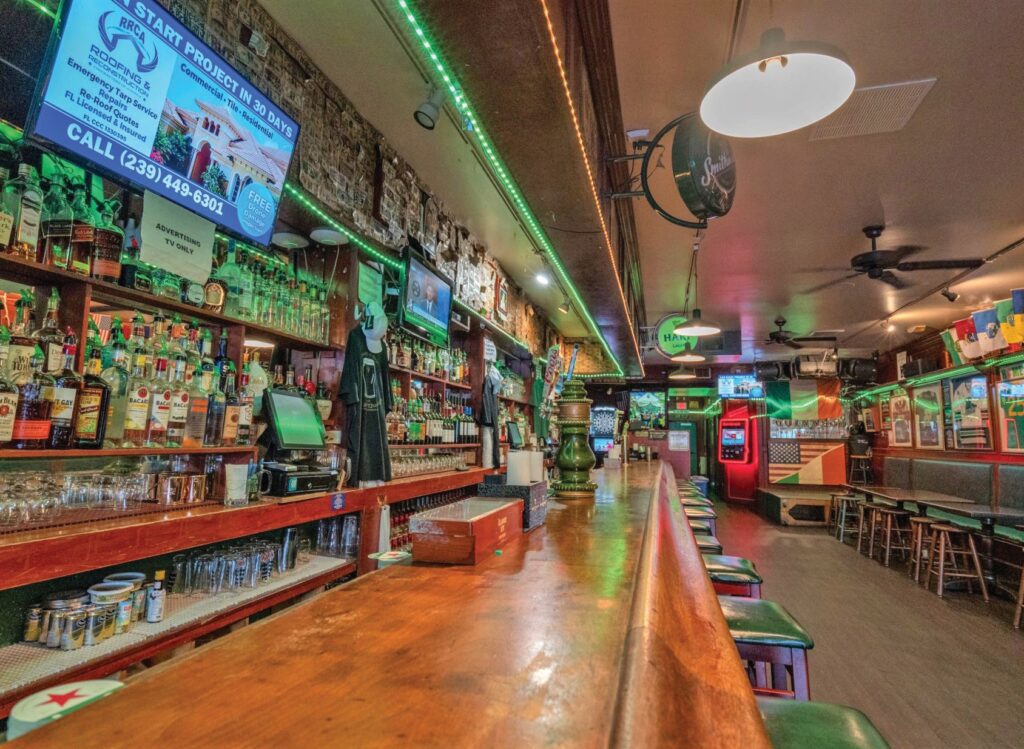 Q: I walked past Joey D’s on Davis Boulevard last night…totally dark, closed and an “AVAILABLE” sign out front. I could not believe it. This has always been one of my favorites for pizza, calzone and stromboli. And, generally busy all year round. Any idea what happened? Are the Immokalee and Marco Island sites also closed?

A: Joey D’s Italian restaurant and bar closed March 8 at the southeast corner of Airport-Pulling and Davis in East Naples, but Joey D’s locations in North Naples and Marco Island will remain open.

The restaurant announced the permanent closure at 3300 Davis Blvd. with a Facebook post on March 9. “Our landlord recently sold the building and we, like so many other restaurants, are struggling with staffing issues. It made sense for our family at this time to close and focus on our other two sites. We are very fortunate to have several long term employees at these locations making this crazy time we live in easier. We would like to thank our customers for the loyal support you have shown us here over the past seven years and we hope to see you all at one of our other locations. 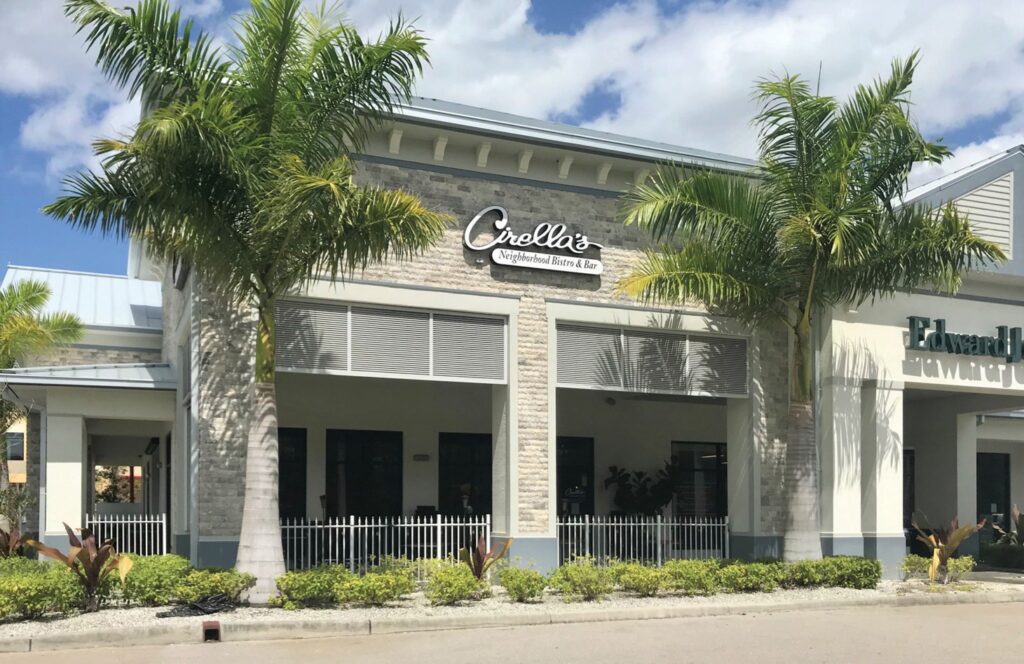 This plot was a gas station for about 30 years, but in 2012 it was transformed into a full-service restaurant and bar, Augustina’s A Taste of Chicago. The gas pump awning became the roof for its outdoor bar and the overhead bay doors were retained to create al fresco dining.

In early 2015, it became the third location for Joey and Jennifer DiPascale of Joey D’s. Their first opened over 20 years ago at the Green Tree Center on the Airport-Pulling and Immokalee roads north of Naples. This flagship location has since expanded inside and out. 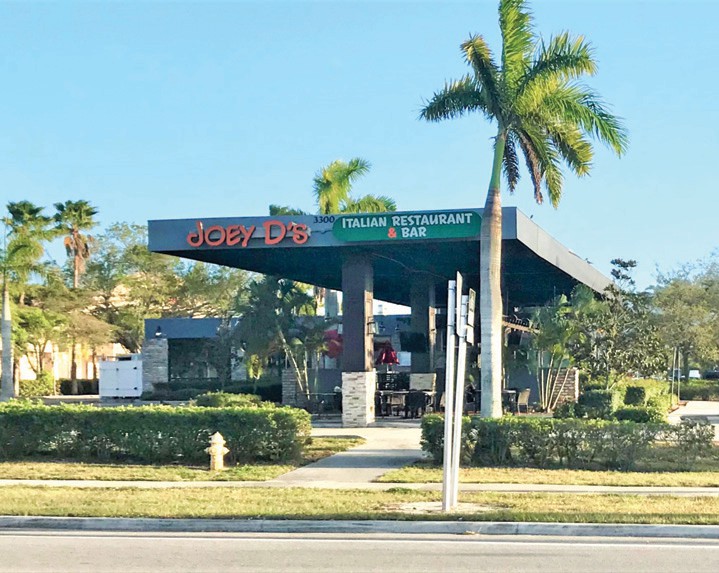 In addition to Joey D’s, Mama Mia’s and Meridian Cafe, other restaurants in the area have recently closed. After two years of the pandemic, staffing and supply chain issues and rising inflation and gas prices have compounded to make owning a restaurant difficult at best, although that doesn’t has ever been a walk in the park.

“Due to a number of things, COVID, lack of manpower, not getting younger and it was starting to be a lot for us to deal with,” Ms Cirella said. “Mike’s staff at Bonita have been running on their own and they’re very good at what they do, so he didn’t have to be there all the time, but it was getting harder and harder to run Napoli. C It’s perfect! No regrets! We made a lot of friends in this part of the country.

In the fall of 2020, the owners of Cirella’s slightly changed the name of the North Naples restaurant as they introduced a new menu and no longer serve sushi. Cirella’s Italian bistro and sushi bar has become Cirella’s neighborhood bistro and bar.

Sushi might come back to this end of Vanderbilt Commons, near the northwest corner of Vanderbilt Beach Road and Collier Boulevard. Sushi Thai has purchased kitchen and dining equipment from the Cirellas and is said to be in lease negotiations for this unit.

Q: I see the old JCPenney at Gulf Coast Town Center has been gutted. Any idea what’s to come for this space?

A: At Home, which bills itself as a home decor superstore, opened on March 16 at the Gulf Coast Town Center in the former JCPenney store at 10083 Gulf Center Drive. The store is between Costco and SuperTarget in the East Village area of ​​the regional outdoor mall.

Based in Plano, Texas, At Home operates 225 stores in 40 states. Its products include furniture, mirrors, rugs, art, housewares and seasonal decorations.