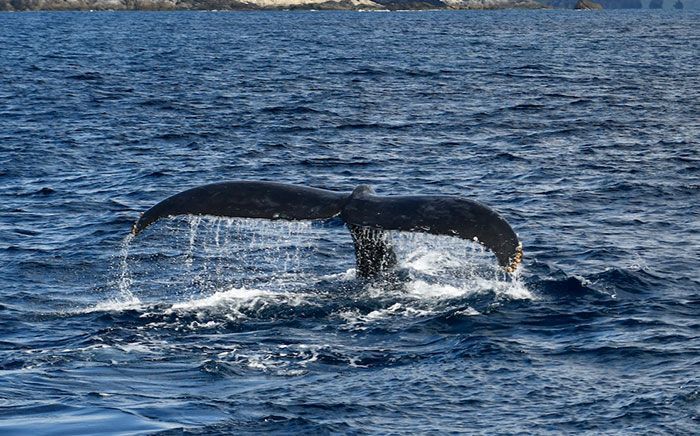 A humpback whale makes an appearance in the waters near Zamami Island on December 28, during the first whale watching excursion of the season (photo by Kiyoshi Miyagi).

Every year, from late December until the following April, humpback whales visit the waters of the Kerama Islands to breed. During this whale watching season, one whale after another has been sighted in Zamami and Tokashiki villages and the residents are all in a welcoming mood.

The Zamami Village Whale Watching Association held its first whale watching boat tour of the season on Dec. 28, which was originally scheduled for Dec. 27 but was canceled due to high waves. The first whale sightings were reported on December 19, with further sightings since.

In waters about 3 km south of Zamami’s Fukaji Island, three humpback whales, a male whale escorting a parent and a calf born last season, were seen swimming quietly, surfacing to breathe at 10-minute intervals. 20 minutes away.

Kiyoshi Miyagi, 61, captain and photographer, said: “I’m glad they come back safe and sound like this every year. I was a little worried about the pumice stones, but I hope they can raise their children around the Kerama Islands in peace.

The association plans to offer whale watching tours until April 5. A staff member from the administrative office said, “This is a good start. [to the season].”

A man in his twenties from Ishikawa Prefecture, who participated in the tour, said: “Right away, we were able to see a calf and two adult whales. It was great. Would love to come back in February.